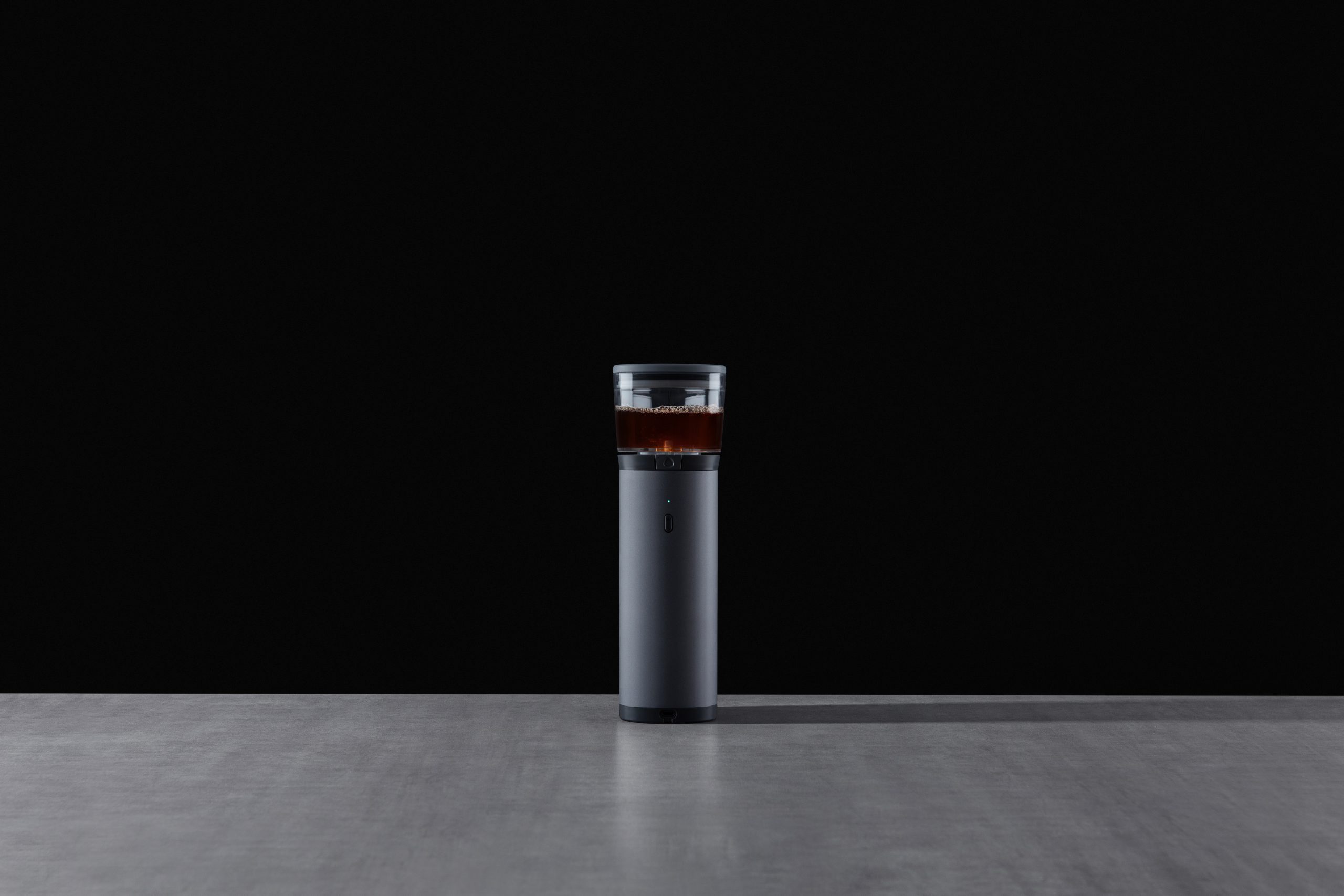 It’s not everyday that you witness a new brew method emerge in the coffee world, so when designer and CEO Joey Roth first reached out to introduce his new coffee device, admittedly we had our reservations.

But Joey’s not your average Joe, with a prolific career in industrial design, he’s earned himself quite the reputation with previous projects, some of which include; the Sorapot teapot, a Ceramic Spearker Set, a Stovetop Moka Pot (in collaboration with Blue Bottle), and led the early design team at Brava, the smart oven

Together with his team in San Francisco, he’s spent the past two years working and developing Osma – a portable coffee device designed to simplify and speed up the extraction process. Using a patent-pending combination of pressure, immersion, and circulation, Osma is able to brew coffee in record-time—irrespective of water temperature. 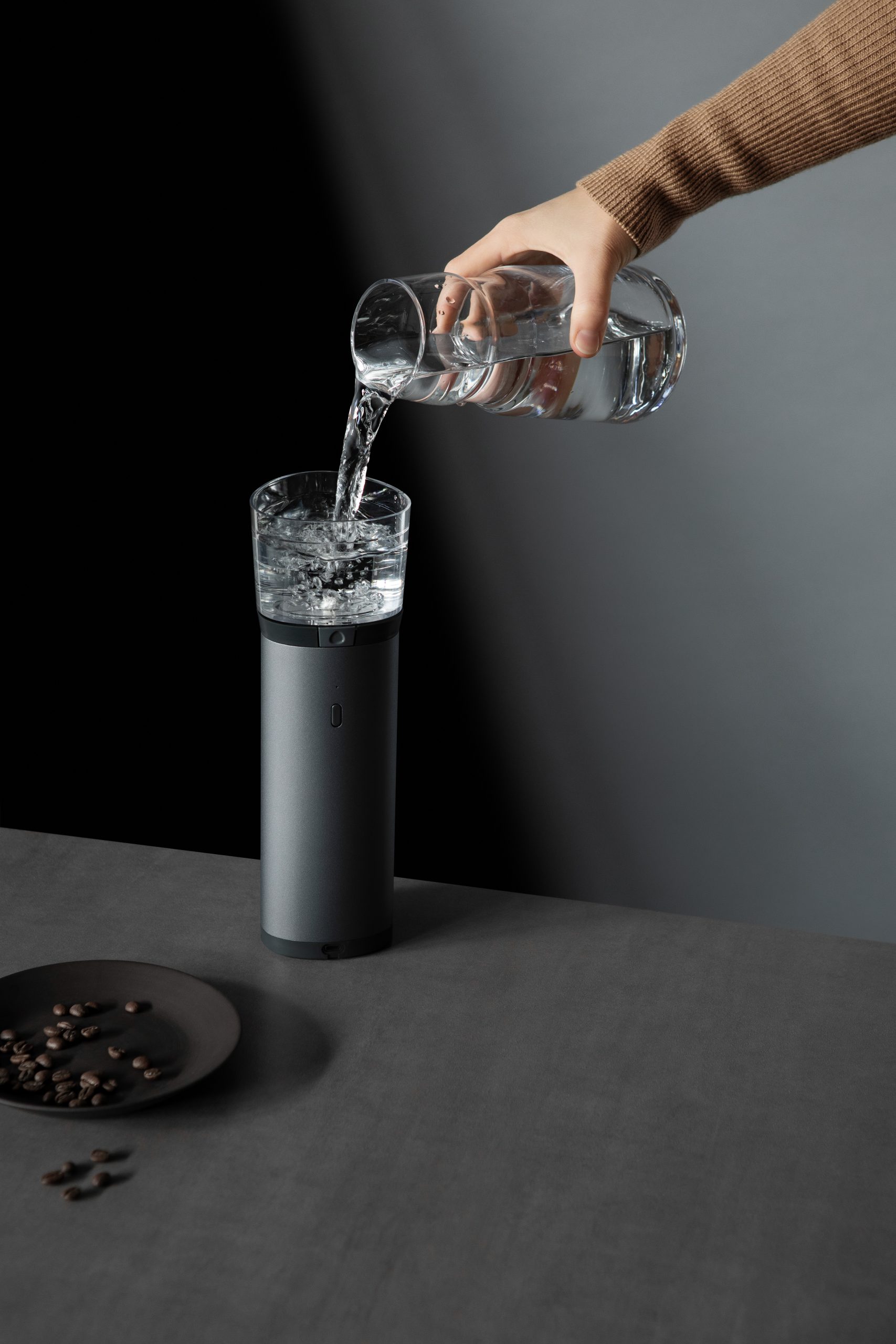 Hidden beneath the sleek and minimalist exterior lies a wonderfully simple, yet intricate brewing system. There are two main facets; a biodegradable pod and a small pump. To brew coffee, Osma continuously cycles water – hot or cold – through the ground coffee inside the pod. As the water cycles through the pod, the grounds begin to swell and become more constrictive of water flow, causing a small rise in pressure of about three bars.

This pressure, in concert with the continual cycling of coffee through the pod, creates a microcavitation effect that greatly speeds up the extraction of both water soluble and water insoluble content in the coffee. With every pass, Osma gently extracts compounds and flavour from the coffee until the optimum extraction is reached.

Brewing typically takes one to two minutes and only requires the touch of a button. Osma comes accompanied with a bluetooth application for iOS devices, where users can develop and share their recipes with friends and family. “We encourage users to experiment with brewing their own favourite coffee, tea, or other infusibles with Osma”, says Joey. 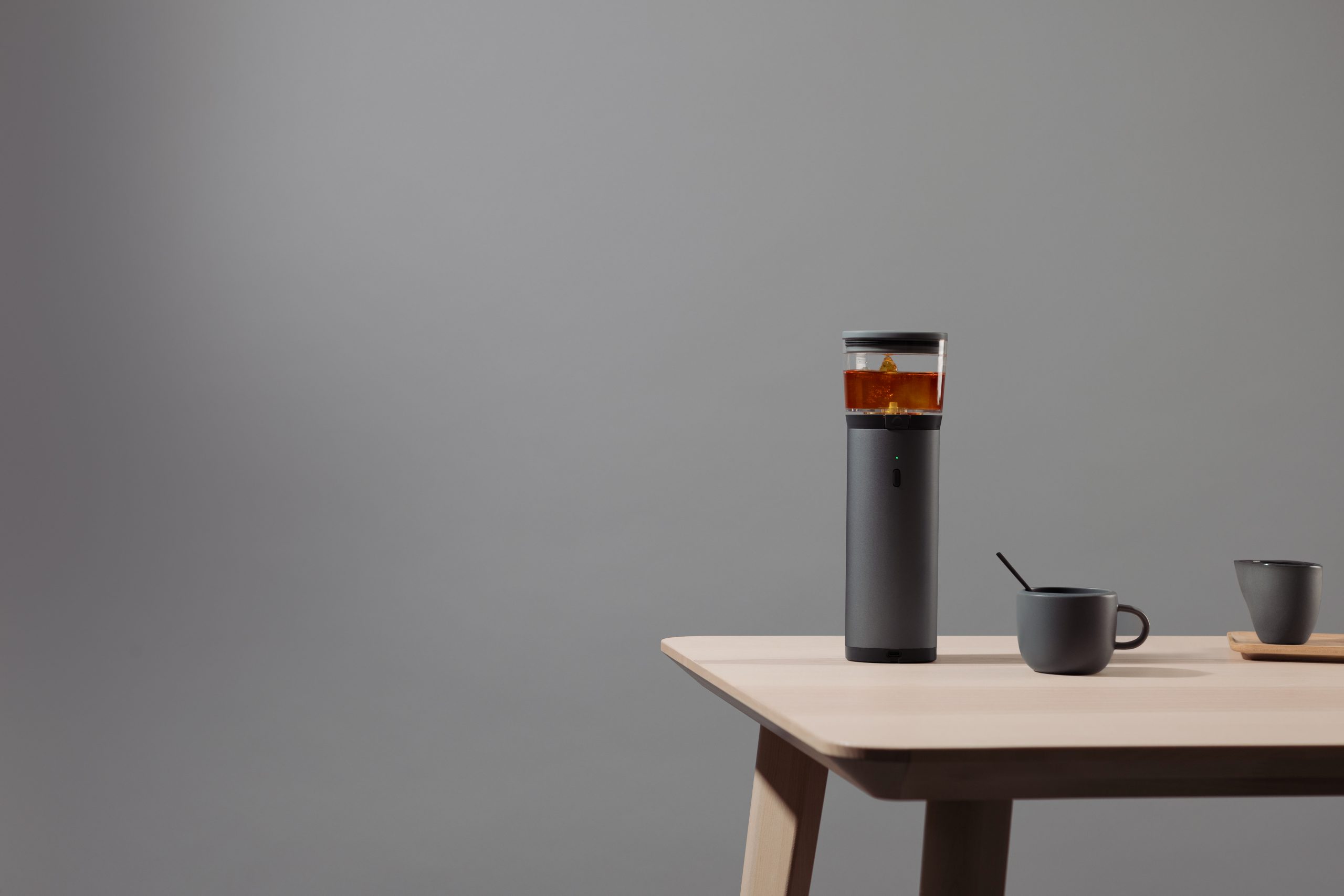 It’s hard not to give Osma an A+ for convenience factor. Weighing a mere 0.7 kilograms and housing an impressive battery life of 20+ brews, it’s the ideal travel companion. Equally attractive on the kitchen counter as it is in the country lodge or beach-side cabin. 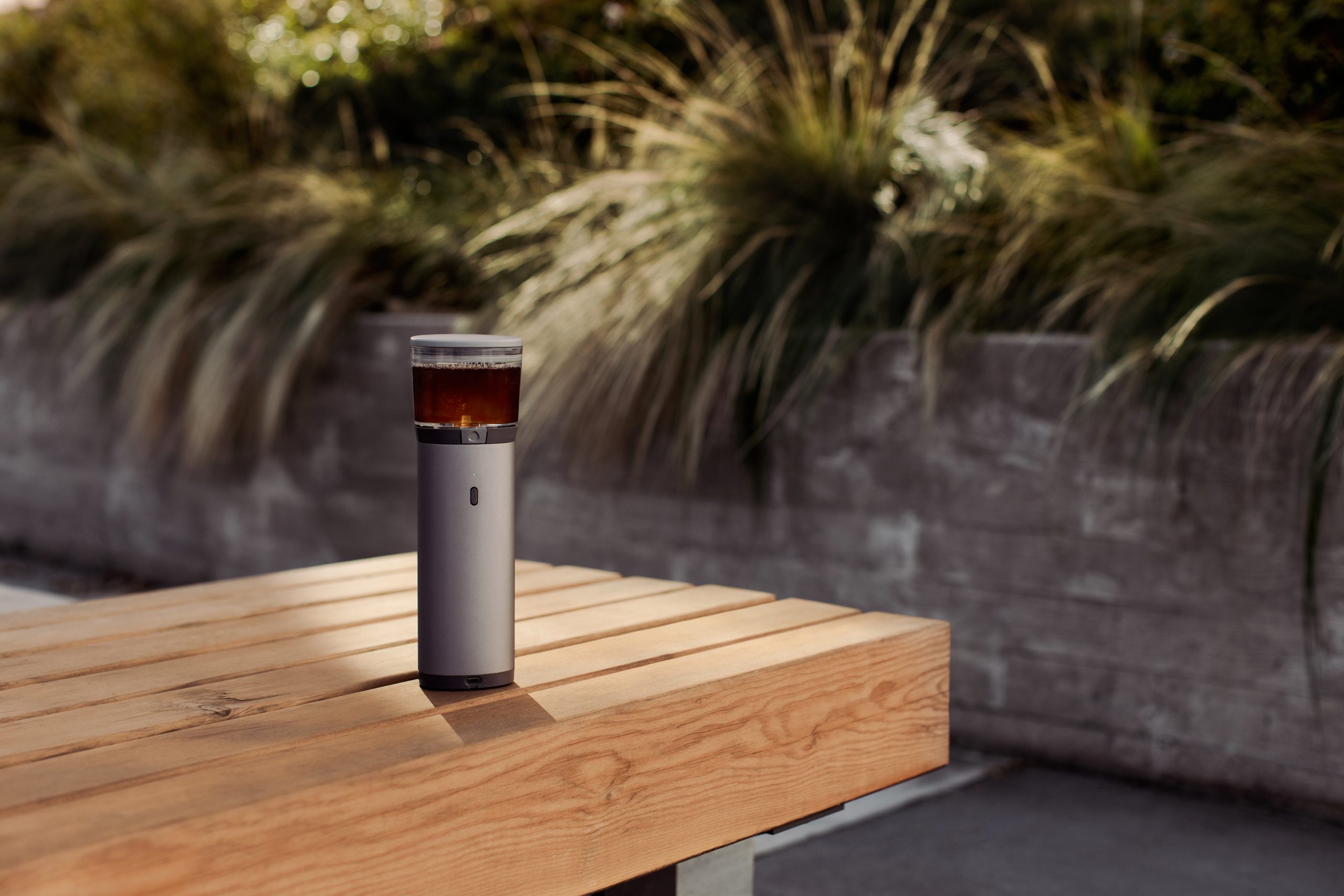 Osma uses FSC certified (Forest Stewardship Council) biodegrable pods made from sugar cane. The pod’s sugar cane fiber behaves more like a paper filter than a typical plastic pod used by other systems. Beyond being fully biodegradable, the pod’s organic material moves dynamically with the coffee grounds that it holds, contributing to both the pressure profile and filtration.

They’ve teamed up with California-based roaster Chromatic Coffee Co. to roast a signature blend specifically tailored to complement Osma. Users also have the option to purchase empty sugar cane pods which they can fill with their favourite ground coffee. A stainless steel reusable pod is currently in development for those that want to keep it super eco-friendly. 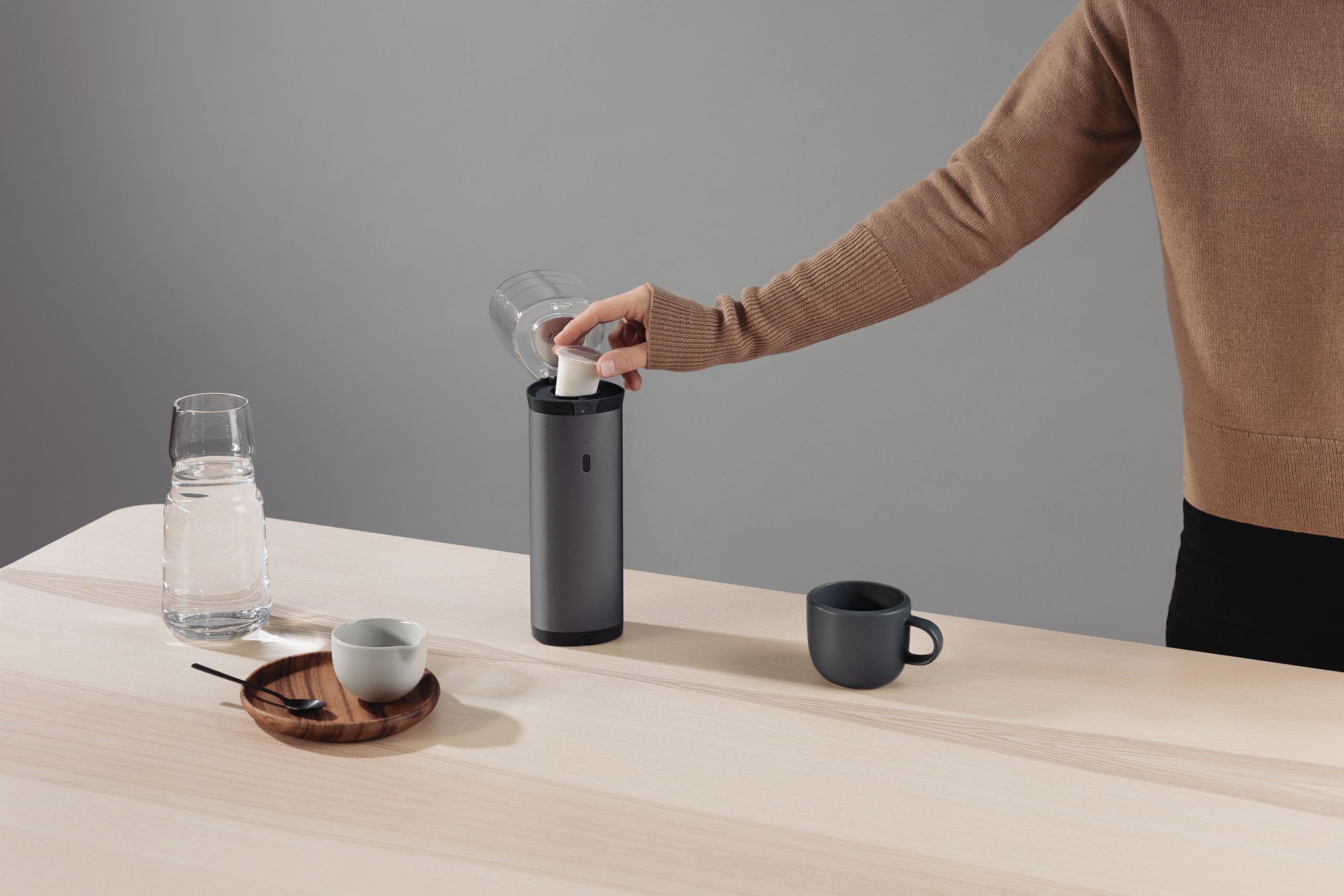 Where can I get one?

Production has already been funded, so you won’t need to wait another minute. They’re locked, loaded, and ready to head your way. You can purchase directly from their website (for a very modest price), they’re also offering complementary worldwide shipping!

It’s always thrilling to showcase a new product, better yet a product that it involves a new brew method. We’re very excited to see how you’ll be using Osma and what kind of tasty brews you’ll come up with. As always, be sure to keep us updated on the socials and use the hashtag #brewmethods so we can find you. Happy Brewing!